With unexpected collaborations and a mix of history and modernity, today’s design makes an unprecedented break with the traditional succession of seasons and draws from both the past and the  present. Such is the case of Decobel Interior Textiles and CasaGarage, the home of the duo of Tuscan designers Giacomo Lazzaro and Edoardo Antonelli, where they design furniture and car spaces which combine lifestyle,interior and automotive design.

And it is more than a coincidence that this year’s Furniture Fair celebrates half a century of Renault 5, the automobile first produced in the 1970s, which now undergoes a restyling of its interior through Decobel’s creativity.

A sort of big time machine in which the past, present and future are brought together and coexist. “The story of how we met – Gabriele Guidoni, the Art Director at the head of Decobel, says- revolves around an idea, the same idea conceived by different people for different purposes. Giacomo Lazzaro and Edoardo Antonelli are designers who were inspired by the world of cars.

As far as I am concerned, the idea sprang from a communication need: filling one’s home and, thus, one’s car with meaning through Decobel’s fabrics. Furnishing a car’s interior is a great chance to prove that style and elegance do not depend on theamount of space available – Gabriele Guidoni goes on – luxury, design and quality are rather a matter of taste, ideas, materials and the way they are used”.

One of the keys behind the R5 car’s success was its style: a mix of functionality, liking and dynamism. “Its restyling was developed by researching carefully into the style of the 1970s – designer Giacomo Lazzaro says – when Renault produced the first model of this innovative city car.

The velvets and colors with a 3D and smooth look make it comfortable and absolutely distinctive”.

Now you just need to see and touch first-hand the new outfit of a real four-wheel pop icon. 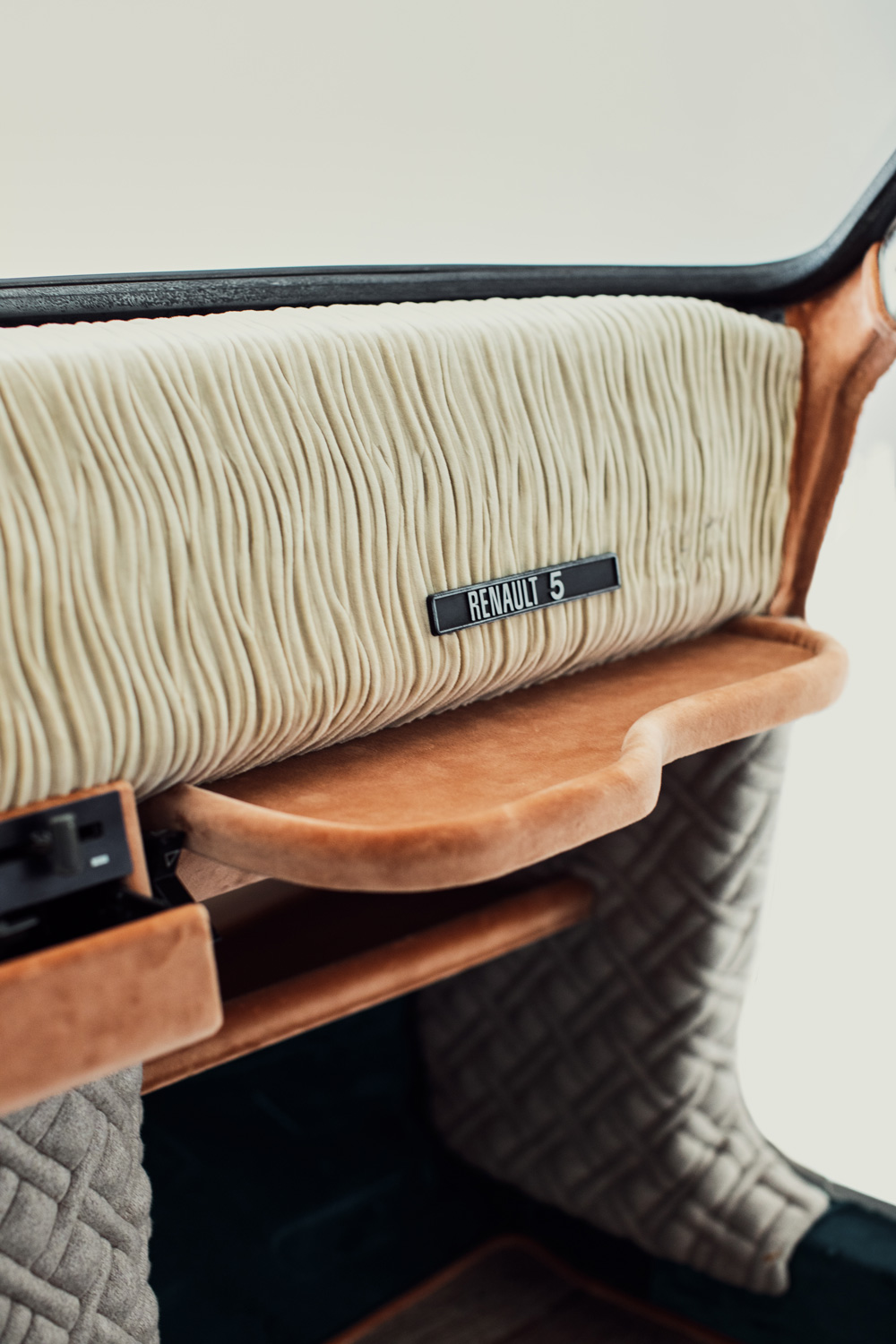 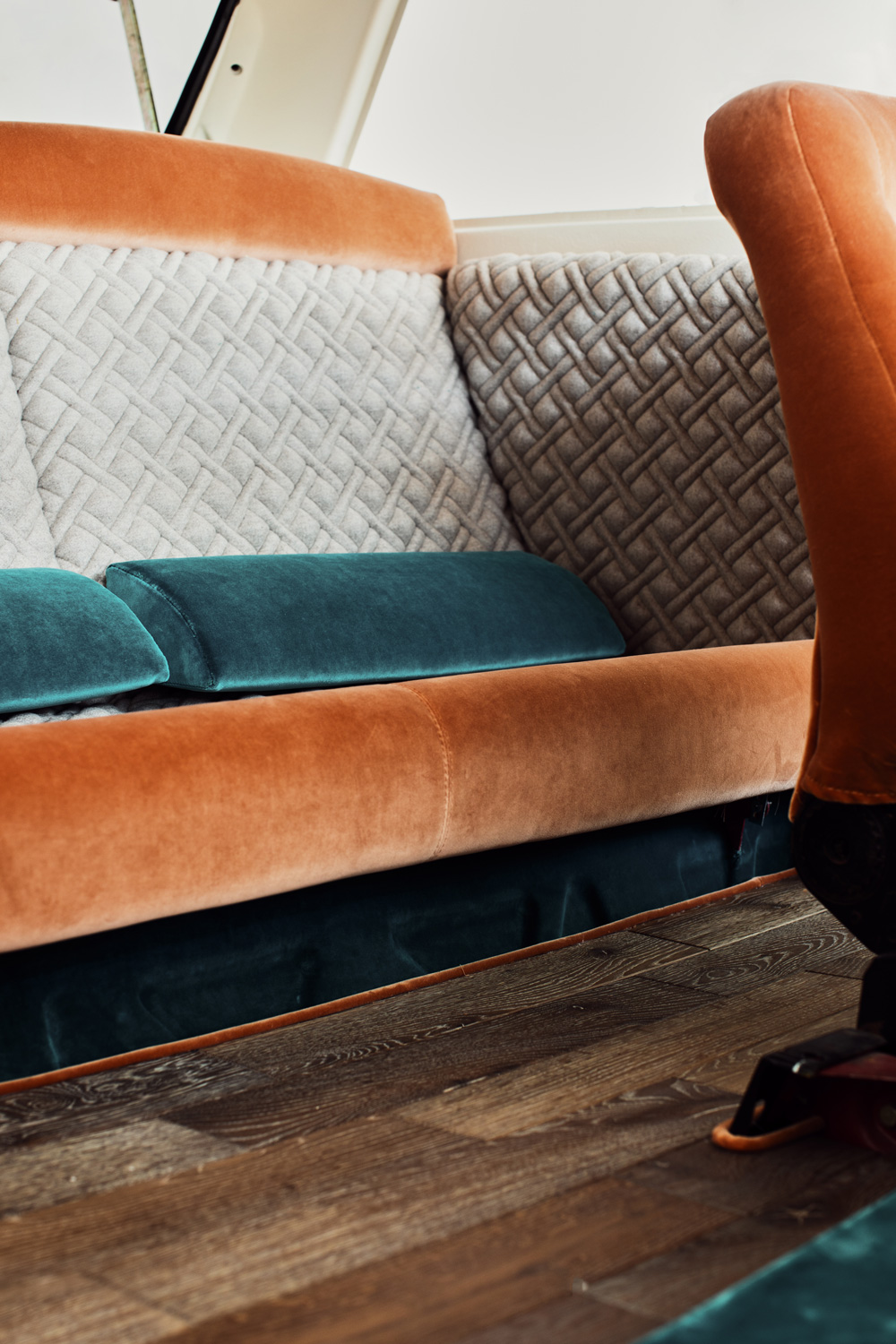 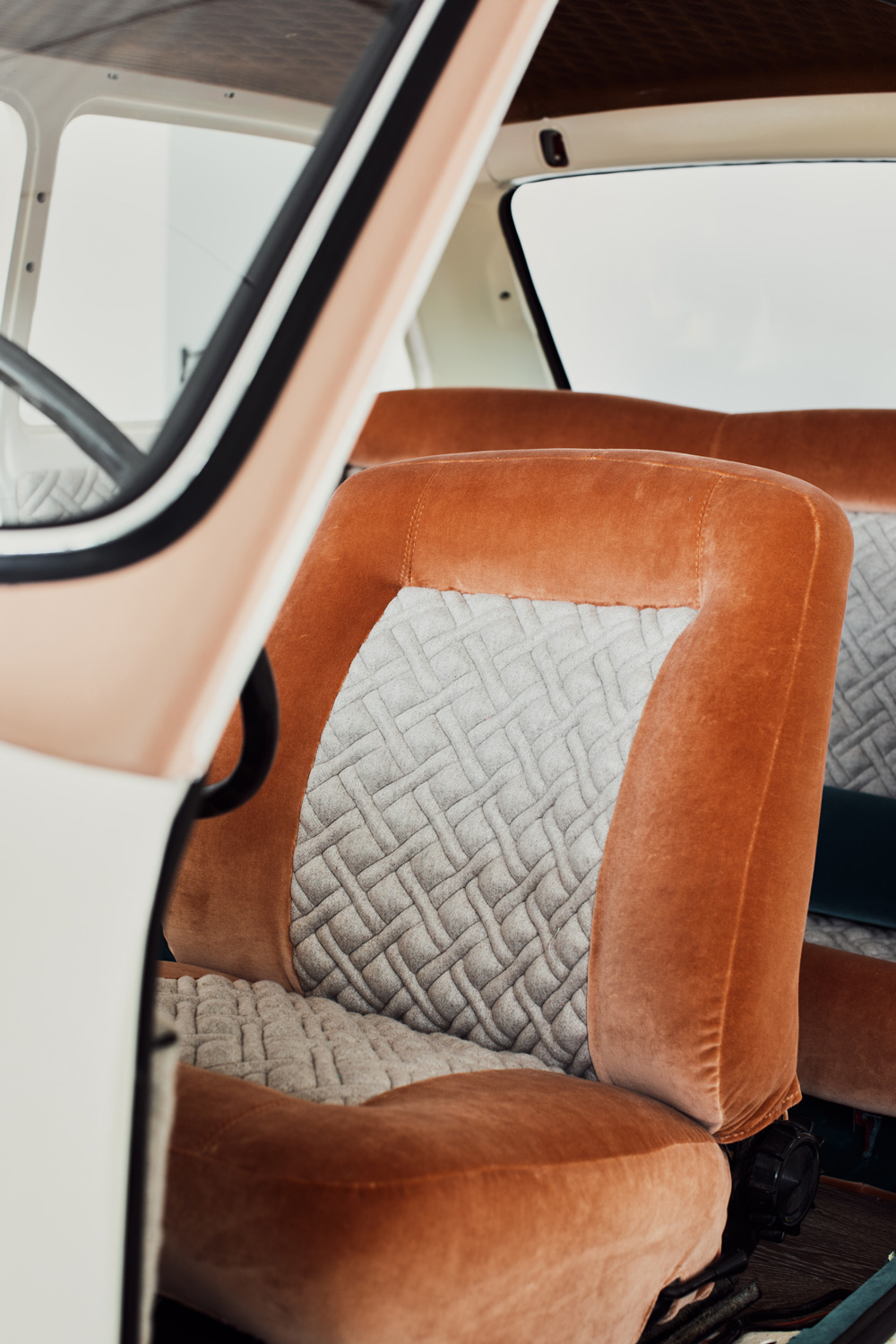 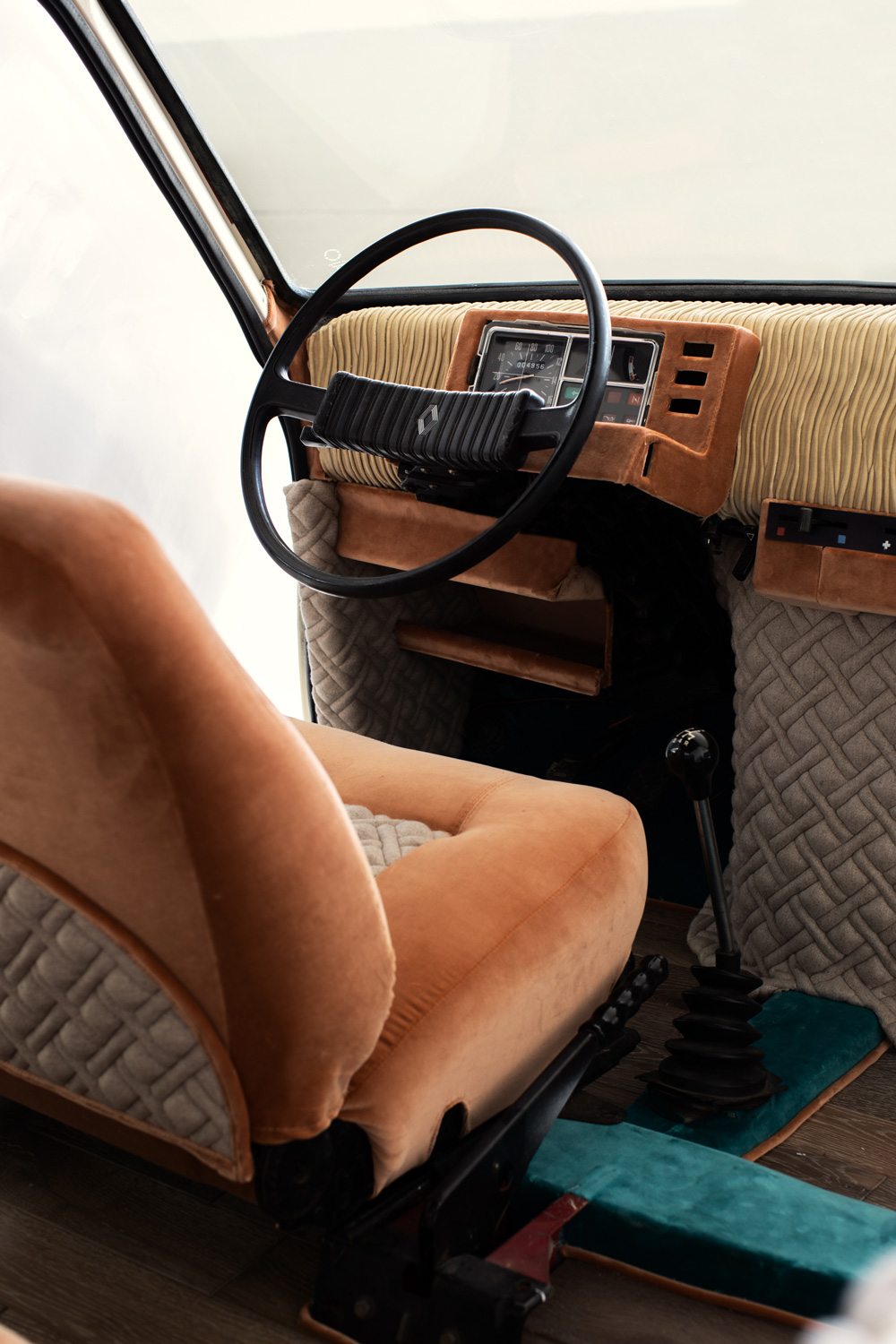